Recently, I had taken part in an event called as Project X which was held in my college, Thadomal Shahani Engineering College(TSEC) and was organized by the committee IEEE.
I was excited to be a part of it, I had made my project which I called "Sixth Sense". I was happy to the fact that the Project didn't create any problem and was working fine as I thought it would be working.At the Event I had to explain people how my project works and what all features it had in it.
I had made the Laptop and Tablet camera connected to each other using WiFi so I can use the tablet camera as a webcam. It was a color tracking program which would track the color blocks which I had attached to my fingers and on the laptop it would act like a mouse. So, now I was able to move my hand in air and the laptop will track my fingers and will do as I do.
It was having various features like:
1) Draw: With my fingers moving in front of camera in the air, I was able to draw something in the laptop without touching or picking anything and actually drawing it.

2) Clock: This feature had a clock animation which was been displayed in the laptop and with your hand you can move it and also if you got a projector then u can project it as well.

3) Take Pictures: With just your hand gesture, you would be able to take pictures from the camera and it would get directly stored in the hard disk of the laptop.

5) Google Earth: With the help of Google Earth Plugin which was freely available in the internet. I had incorporated that plugin in my project, so whenever I use that feature I was able to do various things using just my hands, which I would have done using computer mouse like zoom in to your location where you stay or see a city which you want to see,etc
The Google Earth Plugin link:
http://www.google.com/earth/explore/products/plugin.html

To me it was like living in the future, where you can do anything with just waving your hands in air. As the event was open to all (i.e. Anyone can come and see the every project which was there in Project X event), It was a platform for me to showcase my project to lots of people and also to the various teachers and members which had come from IEEE committee.

I was happy by the fact that every single person who had seen my project liked my project and the thing which amazed me was that many people were giving me ideas on what all features I can put in the project and make it more interesting and useful. That was the moment which made me so happy and it made me realize that my hard work is not wasted. Soon the day got over and I was still not tired after explaining my project to a lot of people repeatedly. It was fun to take part in such events. Though I stood up 5th in the event, I was still happy by the response which I had got from everyone.

I'm Thankful To My Parents and My Elder Brother who supported me every time when I need them and I'm also Thankful To My Friend Mayur Patel who had lend me his laptop when I need to showcase my project in the event as I was having problem with my PC.

This was the pic of me which my friend had taken after the event was over. Here, I had drawn a smiley in the laptop with my hands waving in air. 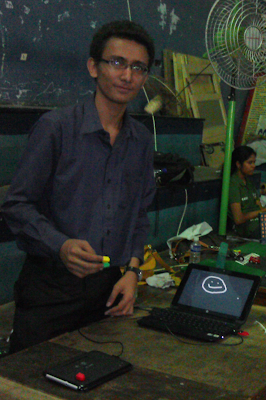 Lastly, I had to say something to everyone in the form of an image. 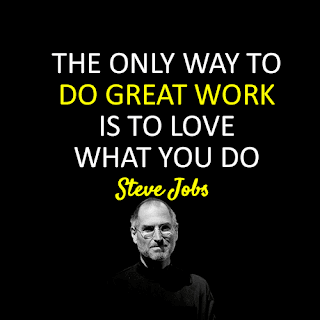